The history of women’s movements in India still remains patchy and unfamiliar to most. An Instagram series by Delhi-based illustrator, graphic designer and comic book creator Kruttika Susarla traces important moments in the history of women and gender equality movements in India. Susarla highlights the role of some significant organizations, individuals and movements who changed the terms of debate around gender equality in India in different ways. The series has been careful to focus on intersectionality, by including the stories that reveal how caste, class and religion affect women in India. 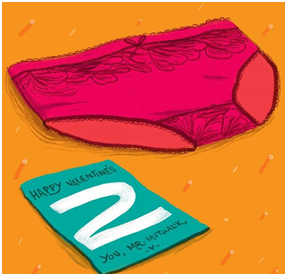 In January 2009, a group of right-wing activists from Sri Ram Sena attacked women and men in a pub in Mangalore. Pramod Muthalik, the founder of the group claimed that it was a violation of Indian culture and announced that they would forcibly marry off unmarried couples seen in public on Valentine’s day. This caused nationwide outrage that eventually led to the Pink Chaddi Campaign—a non-violent protest where a group of young women sent pink briefs to Muthalik’s office. The campaign was started by Nisha Susan who is a writer, journalist and one of the founders of The Ladies Finger, a feminist online magazine. Muthalik received over 2000 ‘chaddis’ from across India and abroad—he and his supporters were held in preventive custody on Valentine’s eve by the state government. 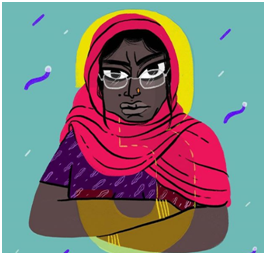 BMMA is a secular, Muslim feminist voice that emerged in 2007. Activist Zakia Soman founded the organisation to advocate for Muslim women’s equality and rights. Their focus is specifically to make reforms in the Muslim Personal Law in ways that would not oppress women and save them from marginalization. They seek to repel the practice of verbal Triple Talaq and polygamy + amend clauses in the Muslim personal law that not only leaves women at the mercy men in the family but also prevents them from inheriting any property. A draft for ‘Muslim Marriage and Divorce Act’ was released in June 2014 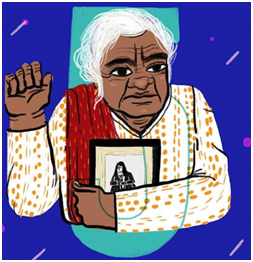 Delhi saw one of India’s first anti-dowry movements with the formation of ‘Shakti Shalini’ an NGO jointly set-up by Satyarani Chadha, feminist, artist and activist noted as the face of the anti-dowry movement in India along with Shahjehan Aapa, a middle-class working woman who would eventually become the face of the 1970s feminist movement in India. Satyarani’s 20-year-old 6 months pregnant daughter was burnt alive in her in-laws’ home following harassment for dowry. Following this, Satyaraniset on a 21-year fight against gender related harassment and violence and helped survivors empower themselves. She spoke about what kept her going and she says, “Every time a girl in a village dies in a dowry related incident, I see my daughter die!” 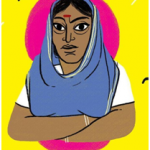 Savitribai Phule and her husband, Jyotirao Phule set up India’s 1stwomen’s school in BhideWadi, Pune in 1848. She’s considered one of India’s first modern intersectional feminists and a lot of organizations focused on working for gender equality follow the footsteps of the duo’s work. Through their efforts, they fought to represent minorities, educate women and fight gender and caste based oppression. At a time when it was uncommon for the girl child to go to school, she and her husband campaigned and convinced their community to encourage educating girls—they opened many schools for women and minorities and protested against ill-treatment of windows and rape victims.